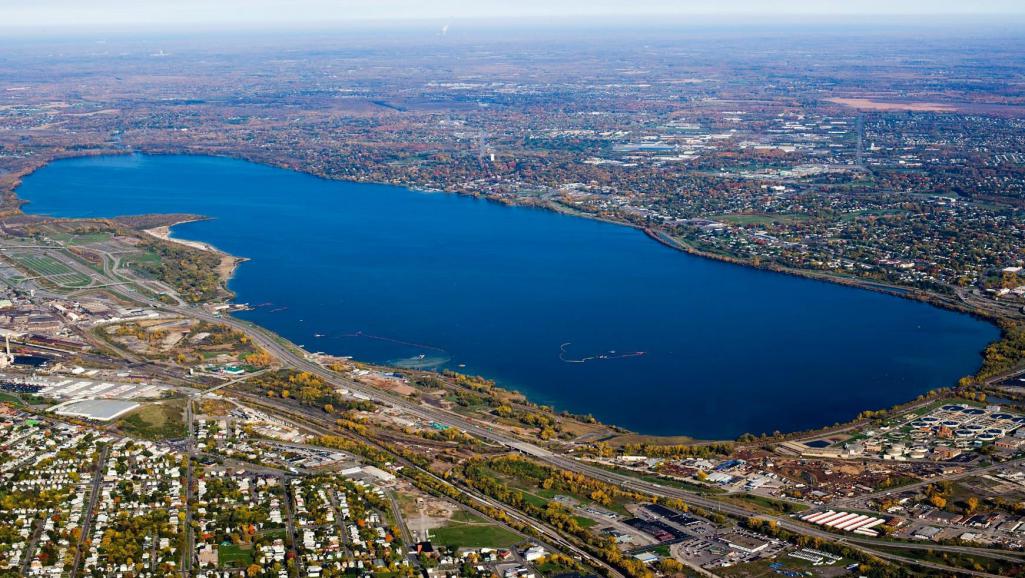 Onondaga Lake is a sacred place for the Haudenosaunee (or Iroquois) people. Despite its ​significance to their historical way of life, the rights of the lake have never been restored to native people’s nor have they had a real voice in the effort to restore it to its former glory.

If you live in Syracuse, you may know that Onondaga lake was not too long ago considered one of the most toxic lakes in America. This is because of the industry that popped up around the lake in the early 1900’s which, due to a lack of proper regulations, dumped toxic pollutants such as mercury, chlorinated benzene, benzene, toluene, ethylbenzene, xylene, and soda ash directly into the lake.

​             There are currently 9 Superfund sites surrounding Onondaga Lake. This means these sites are recognized by the federal government as being contaminated with hazardous substances and pollutants. Honeywell, one of the main polluters of the lake, is supposed to be paying for dumping that occurred at the lake from its time as Allied Chemical through today, however to date the corporation has paid $1 million to the EPA, and has only reimbursed them for $100k of the $12 million in cleanup costs that the EPA paid out. Although 2.2 million cubic yards of contaminants and over 475 acres of the lake have been dredged, and restoration of surrounding wetland is underway, the lake is still highly contaminated.


This contamination matters because substances such as lead, mercury,and PCBs build up in plants and animals as they move up the food chain. This process is called bio-accumulation. 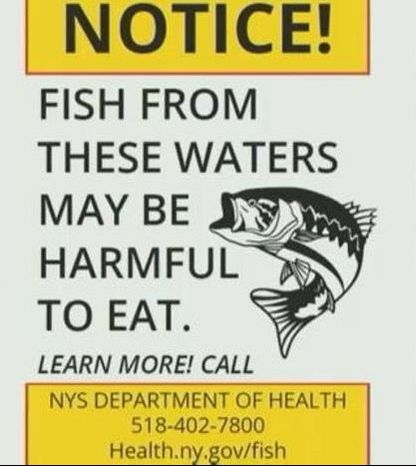 ​Now, if you’ve been to Onondaga lake, or any of its outlets, have you seen a sign like this? 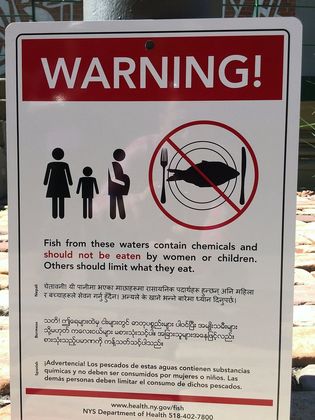 
Chances are if you have been you’ve seen the first rather than the later. The reason for this is that city officials don’t want to admit how toxic the lake really is. After all, if you can’t eat the fish who would want to swim in it?!  Having signs up in both English and other languages help to protect the local refugee population and give an indication that the fish are bad for your health, not just that you shouldn’t. We’ve all ignored signs that tell us, “Please stay on the path,” “Don’t climb the rocks,” etc. If you knew that stepping off that path or touching that rock would physically hurt you would you still do it? I know I wouldn’t.
These newer signs are likely much more effective at actually stopping people (from locals to tourists, to refugees) from fishing than the previous “happy fish” signage. And this is important considering there’s a large refugee population that subsistence fish from this lake. These people and their families eat from the lake more than forty times a month. That’s far more than anyone should be eating, especially with the advisement from the DEC and NYDOH that no children, pregnant woman, or any female before the age of 50 should eat any of the fish present in the lake.
This is an ongoing issue that the small amount of multi-lingual signage currently up cannot fix. And this is an issue that crosses the boundary of political views. Families are families, and we all want the best for our children. It is important to educate these poor refugee communities, in their own languages, about eating the fish from this lake. But this is more than an issue of education. These families rely on the lake for food, likely because they have no other way to get food. You can’t just tell, or even force, people not to fish there. It doesn’t solve the issue. If the city is going to take a food source away, it needs to find a way, or fund some program, to replace this free to low-cost food supply with something else.